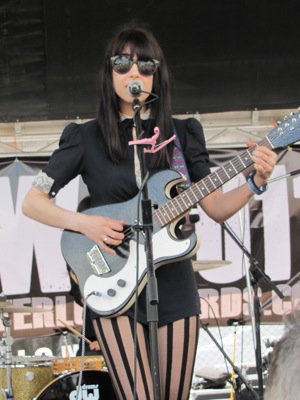 Dee Dee of Dum Dum Girls.  Stylish, and they totally rock out to boot.  No one said it better than John Wendland: “I think they have great taste in tights. No, I’m serious.” 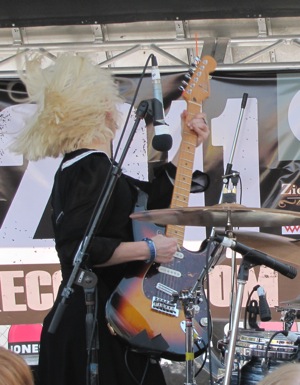 Joy Formidable’s Ritzy Bryan.  We returned from a lunch break to what was unfortunately their last song.  However, I knew I was in love as I watcfhed Ritzy thrash around on the ground with guitar.  Luckily, we caught them in St. Louis a month or so later for a full set.  Want to change my name to Ritzy. 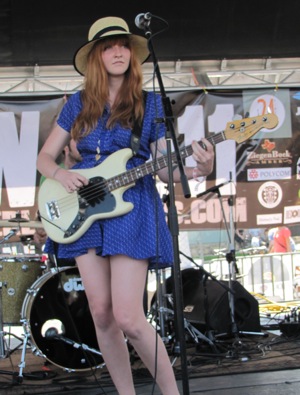 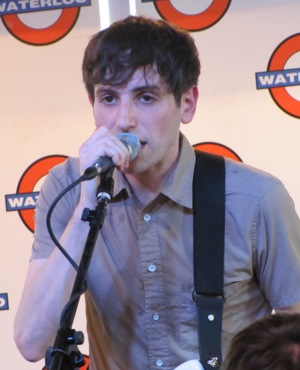 The Pains of Being Pure at Heart’s Kip Berman.  I’d forgotten POBPAH were up next inside at Waterloo when I wandered in to load up on music. It was fate, as they were one of my favorite newly discovered bands. 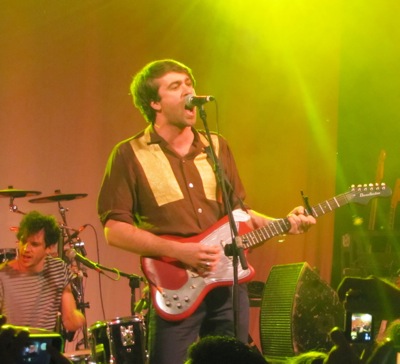 The Vaccines at Stubb’s.  Generic.  Overrated.  Disappointing.  I don’t care if they played at the Spin party. 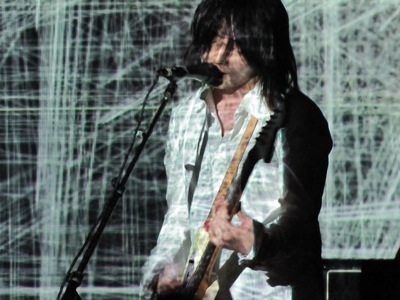 Japan Nite.  After tolerating the Vaccines, we popped in to show solidarity post-Japan-disaster.  I have no idea who this is, but the light show tells the story.  At the risk of having a seizure, we left about 3 minutes in. 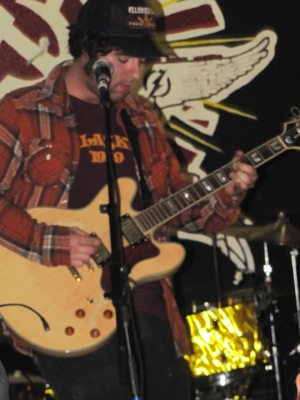 The Moondoggies.  Their grunginess was further accentuated by the intense heat in the room.  I think I liked the music, but there was too much dude sweat in the air for me to tell. 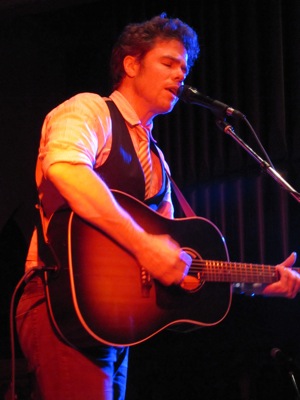 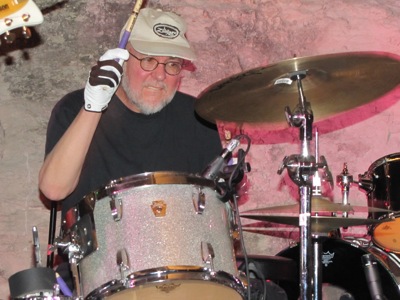 Candy Golde, the new “super group” including Bun E Carlos (pictured), John Stirratt, and some guy who looks like Nathan Lane circa “The Bird Cage” wearing a pimp costume.  Sigh. 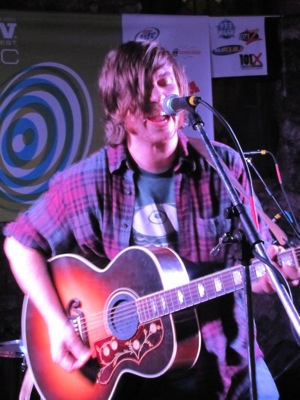 The amazingly talented Bobby Long, who apparently, the little girls go crazy for.  I let a pack of them, who said they’d seen him 6 times in 2 days, in front of me after taking a few photos. 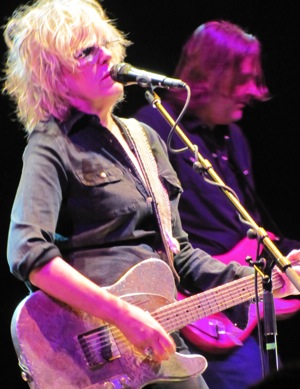 Umm, you know who this is.  After a cool, exhilirating pedi-cab ride across town, I ended the evening relaxing in the RIDICULOUS (in a good way) new ACL Theatre with Lucinda Williams.