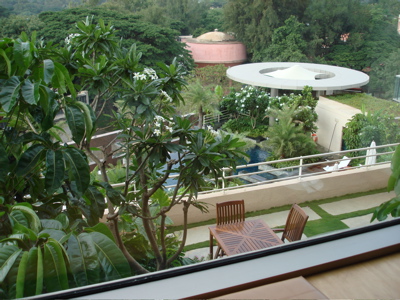 (The view of the Miami-like pool from my room at the Ista Bangalore.)

I just returned from my 3rd trip to India. Before leaving, I’d been moping about the fact that this trip would be purely business, with no time for a side adventure and little potential for spiritual connection. (Reference 2005’s Ill-Fated Attempt to Attend a Yoga Class in India. It’s harder than you’d think.) However, upon my arrival at our ridiculously hip hotel I was greeted with Namaskara (Good Morning/Good Evening), accompanied by the namaskara mudra (prayer hands). Huh. How could I have missed this before? Similar to Namaste and the angeli mudra we use to close every yoga class, this gesture felt personal and familiar and made me feel as if cool things might just fall into my path on this trip if I remained open to them.

Lest you think I’m going totally hippie in this blog entry, don’t worry, I’ve got plenty to rant about. But first, a very brief recap of my very little free time. Here’s what I did: Eat, sleep, ride in cars. Seriously. 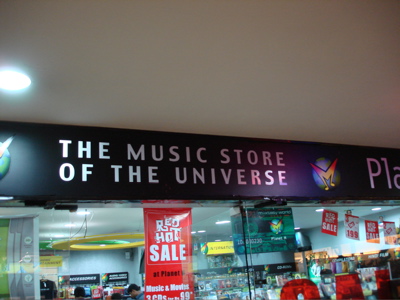 (You have not shopped for music til you’ve landed on Planet M.)

I arrived a week ago Sunday at about 5 a.m. After a major crash, eschewing all jet lag rules as I am wont to do, I peeled myself out of bed and got out for a little shopping. Sorry folks, but that is literally ALL there is to do in Bangalore, other than work and eat. It is not a town known for sacred and/or historical sites. And, given that it takes about an hour to go 10 miles (not kidding), you really can’t cover much ground in an afternoon.

One of my colleagues from our Bangalore office kindly arranged a driver for me, an Indian named Lloyd….go figure. Lloyd took me to an arts & crafts store where I purchased gifts for friends and narrowly escaped dropping $700 on a very stunning star ruby and diamond ring. One of these days, I will own a star ruby. I am on a quest. Since I wasn’t in the market for carpets or pashminas (already have them in every color of the rainbow from previous trips), I decided to check out the mall. 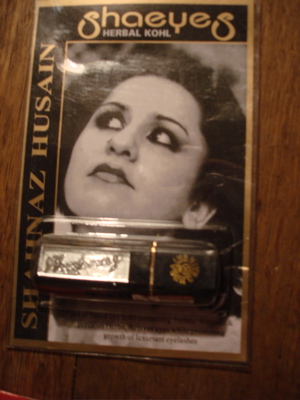 Okay, I know. It’s horrifying enough that I’m in frickin’ INDIA and I’m frickin’ SHOPPING. And to make matters worse, I confess to going to a MALL. But dudes, seriously, one of my favorite things to do in foreign countries is go to grocery stores. The next best thing is the mall. Everything is weird and different, and you can find cool stuff (like the liquid “Viagra”/aphrodisiac I found in Brazil and gave to a friend for her bachelorette party….replete with photo of hot Brazilian couple making out under a waterfall…hilarious). Plus, the people watching is excellent. And yes, teenagers in India travel in packs at the mall as well.

Besides, if I hadn’t gone to the mall, I would never have experienced Planet M – The Music Store of the Universe. And you people think you’ve seen music stores. HA!

And so behold my wares:
– Herbal Kohl eyeliner which, as noted on the package: “contains precious (sic) herbs” and “relaxes eyes while promoting growth of luxuriant lashes”. Cool. And to think I was just hoping for come hither Bollywood eyes. I’m kinda freaked out about sticking it IN my eye though, which is what you have to do. You line your inner eyelids. I may end up resembling Marilyn Manson. Will report back on this.
– Orbit Clove gum – This is probably disgusting, but I had to try it. I’ll let you know.
– Smelly Feet Latest High Tech Teasing Toy – How to Use, and I quote: “Take out thing in the bag, when your friend is not paying attention, put it in his shoe or pocket. Immediately his body is full of terrible smell, and people around will not breathe smell and feel hard to stay inside the house. They will rush out to avoid the smell. Then you can not stop laughing.” I spared you the picture of the Fart Bomb (similar concept). As these things are activated by smashing, I had pause to think before putting them in my luggage. I did not want to be responsible for stinking up a 777 on a 15 hour flight.
– 2 fantastic floor length hippie skirts for $15 each! One of my friends almost ruined them for me by invoking “the Grateful Dead” and “spinning” when I emailed her about them, but I was able to shake it off. Plus my Indian coworker told me these skirts are really in style, so that made me feel better. 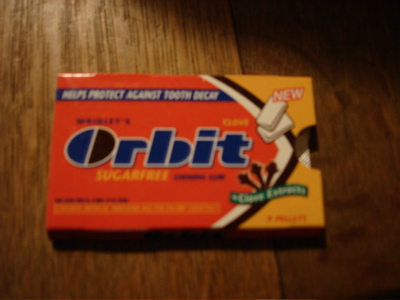 (Just like chewing on a clove cigarette! Yummy! Between this, the Dramamine and the malaria pills, I think I’m going to hurl.)

2 stops were all I had the energy for, so I retreated to the hotel’s swank outdoor cabana bar and proceeded to pound Diet Coke and read all afternoon. I managed to stay awake in order to meet my coworkers for dinner upon their return from a slightly monsoon-y weekend trip to Goa. To sleep and then, the into the grind.

As I mentioned, it is not possible to get anywhere in India quickly. Our office compound is approximately 16 miles from the city and the commute took between 1 hour and 1 1/2 hours each way….2 hours if it rained. I wish I’d been able to take pictures, but it is impossible. You’d have to stop and get out of the car, and given the surrounding chaos, it’s just not advisable. I was eating Dramamine 24/7 throughout this trip just to make it through the drives. 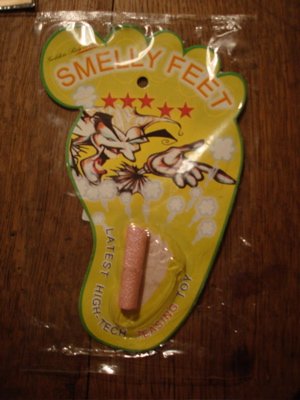 (All the kids in India want this.)

So sans photos, use your imagination: The roads are bumpy, parts are paved, parts are not. They are shared by all manner of car, truck, bus (doors open, barefoot people hanging out), motorbike (sometimes carrying a family of 4, mother in sari riding sidesaddle, a child on the lap of each parent, no helmets), mammal (cows, oxen, skinny dogs) pedestrian and autorickshaw. There are no stop signs or traffic lights, so aggression rules and progress cannot be made without blasting the horn rapidly almost constantly. Pedestrians obviously have no horns, so they just have to run and hope for the best.

Along the route are shiny, modern office buildings interspersed with concrete old-style buildings (housing multiple closet-sized stores), shantis and older buildings with their facades ripped off. The latter show no signs of either being rebuilt or being torn down, and some of them are actually inhabited. I also saw a family (mother, father, small child) collecting trash one day. They were putting it into their truck using their bare hands. 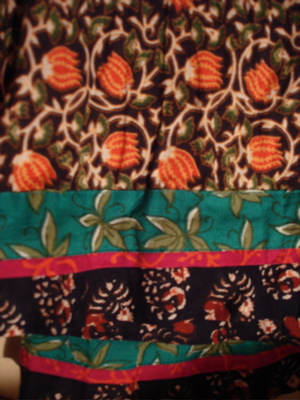 (A close-up of one of my fabulous hippie skirts.)

Also noted en route: “emergency hospitals” you hope you are never admitted to, and my personal favorite, located on the same road as our office, The Globe Detective Agency. What I wouldn’t give to see what goes on THERE. I’m thinking reality show…..

More to come: Food, drinks, gurus, cool paper and the harrowing trip home. PLUS loud, obnoxious Americans who are NOT us. And you thought I couldn’t pack much into a week.

dana Says:
June 28th, 2007 at 9:56 pm
You might want to reserve your opinion until AFTER you see me attempt to wear it! So many things could go wrong…..

Autumn Says:
July 28th, 2007 at 4:08 am
Hey Dana! I am trying to e-mail you registration forms for Strange Folk but I keep getting failure notices. Please contact me asap!!! Also, please save me a piece of that clove gum, I’m sure I’d love it 🙂

Bangalore is beautiful. Ok. Maybe calling it beautiful is overstating it a bit. Ok ok. It’s bloody chaotic. But I love this city. I’m Indian, an architect, an alien in Bangalore (not a local, from the east, Bengal). I’m not sure what Dramimine is, but I’m want some if it helps deal with traffic. I wouldn’t touch Orbit Clove gum with a bargepole (they have ads running on TV showing a cow chewing Orbit gum, enough said). Try food at Olive the next time you’re in town and the Ceaser Salad at Road Trip is to kill for. Ciao!